admin
Spycies (2019) Animated movie explained in Hindi Urdu. The American Fantasy animation film "Spycies” story summarized with a complete ending in हिन्दी explanation. The plot revolves around in a modern city, we see a monkey agent named Willis. He was sent to a secret base to guard a secret place. On reaching there he finds that the place is in horrible shape. He meets Hector, the IT manager he has two hobbies: eating pizza and watching a lot of movies. Some people through submarines come and try to steal the car, they were eventually attacked by the drones and then sent back to the office of Captain whole Willis shows a diary and he promised him to figure out soon. Hector and Willis get up of the nurse and reach the hospital. Where a white rhino was frozen but later rescued. Willis falls in love with a beautiful nurse. Later the meet the actress she was talking about radioactive material with someone but she was practicing for an act. Please Like, Share and Subscribe.

Later, she blackmails them to join them. Later they discover a secret mission, from the pictures and documents, it's evident that he's on a top-secret mission. Discovering that the doctor was involved in everything. The actress notices a car with the hospital's logo painted on it. There the robot was about to attack him. Hector uses his gun to injure the robot's arm, and the robot flees. Later they find a tape when they turn on the tape they watch how the doctor dealt with his friend on Mammoth Island. Many Mammoths died as a result of global warming. They utilized this radio station to control global warming. As a result, global warming decreases, but due to the machine's damage, the island and the surrounding seas begin to freeze.

Later they were followed by the nurse that was a unique universe, with various species from various globes that were about to become extinct. In addition, the doctor claims that he could easily control the temperature using radio power. He can save many animals who are about to die. The captain comes and begins to freeze everyone later he tells that he was a child when you were experimenting on Mammoth Island. Later on, everything, including his family, became completely frozen. He was now blaming the doctor for everything and was to kill him. Meanwhile, the doctor arrives with a new Mammoth. That reveals the reality and the captain confesses his defeat finally. All the animals were restored, Willis also proposes to the nurse, and Hector is pleased with the actress. Thank you for watching. 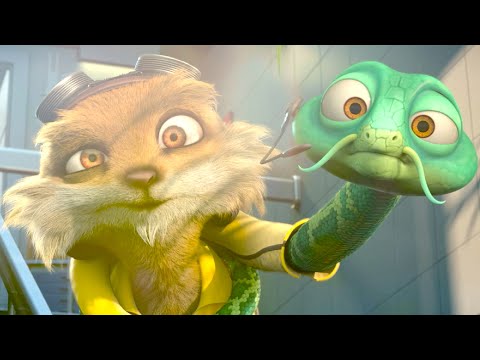