Flagrant 2 is a comedy podcast that delivers unfiltered, unapologetic, and unruly hot takes directly to your dome piece. In an era dictated by political correctness, hosts Andrew Schulz and Akaash Singh, along with AlexxMedia and Mark Gagnon, could care less about sensitivities. If it’s funny and flagrant it flies. If you are sensitive this podcast is not for you. But if you miss the days of comedians actually being funny instead of preaching to a quire then welcome to The Flagrancy.

New York native and internationally touring stand-up, Andrew Schulz is known for his hilarious and unsafe comedy. He has starred in the sitcom BENDERS (now available on Netflix), can be seen in Amazon’s SNEAKY PETE, HBO’s CRASHING, and on MTV including GUY CODE and GIRL CODE.
In the podcast realm, Schulz can be heard on the wildly popular THE BRILLIANT IDIOTS — co-hosted by nationally syndicated radio and television personality Charlamagne tha God — the hilarious sports commentary podcast FLAGRANT 2, and the film and TV analysis podcast WESTERBROS. He has made major appearances on The Joe Rogan Experience, Bert Kreischer’s BERTCAST, Joey “coco” Diaz The Chuch of What’s Happening Now, and Theo Von’s This Past Weekend. He has even done solo interviews with the likes of Lil Duval and many others.
Andrew’s online presence has touched hundreds of millions of people across the globe and his unconventionally funny approach to the comedy world has launched him into stardome. His shows Dropping In and Inside Jokes will rack of hundreds of thousands of views weekly. Nothing is off limits for Schulz, from sex to race, and even the occasional audience heckler roast, Andrew is hungry to be the best. He can be seen in New York City performing regularly at New York Comedy Club and the Comedy Cellar. 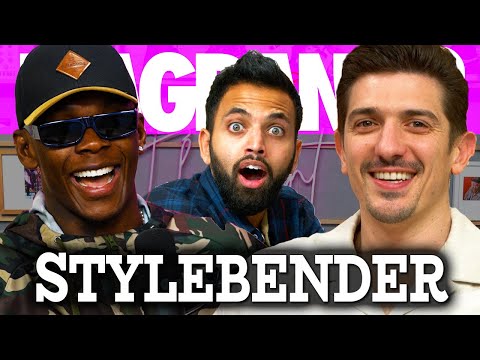