Episode 3263:
-----------------------
Bhide writes down beautiful thoughts of the day on the society board. Sonu sees and appreciates him. Bhide goes to see his Sakharam as its parts seem to fail to function properly. Later, he visits Sodi's place as he was supposed to get it repaired. But there he meets Goli who was asleep. Goli tells him that Sodi has to go to some "Kirthan". Bhide gets worried as Madhavi and he has to deliver their "Achar Papad" to the customer. There, he comes across Jethalal and they starting messing with each other. Catch the fun and watch the full episode now. 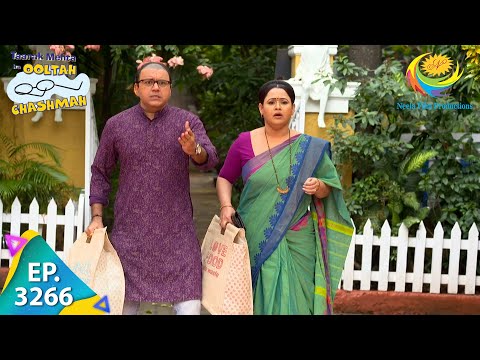