admin
The Addams Family 2 (2021) Animated movie explained in Hindi Urdu. The American Fantasy animation film “Adam Family part 2” story summarized with a full ending in हिन्दी explanation. Plot is about a girl named "Wednesday" who is shown at a science fair at the beginning. She Is conducting an experiment here while taking DNA from the human body and mixing with animals to get the conclusion. The scientist as a judge is very impressed by her and offers to join him. She agrees. Then the news travels as "Wednesday '' is not the real daughter of Adams family. But Adams family does not take it seriously. "Wednesday '' suspects and she takes the string of her father's hair to check the DNA but in vain.

"Wednesday" knows that it is not matching. But the fact was contrary, it is known that a scientist is entrapping who asks her to press a button in his lab to transform Adams family locked in a cage. .But she forbids it because she still thinks Adams is her father. Later, the fact is exposed that the scientist was telling a lie and she is really the daughter of Adam . She feels guilty for her mistake that she thinks as such. At the end they return from their vacation trip happily and begin to live together , building a close bond with one another. 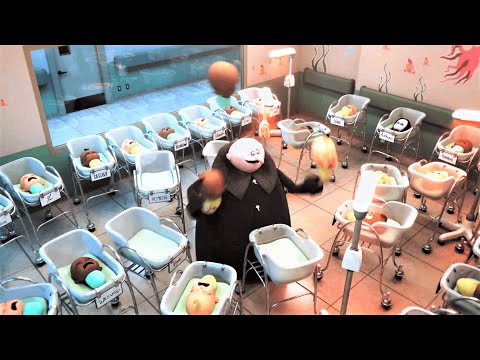