admin
The Addams Family (2019) Animated movie explained in Hindi Urdu. The American Fantasy animation-Comedy film “Addams Family” story summarized with a full ending in हिन्दी explanation. This plot revolves around Adamms family which has very mysterious looking people. The people of that location had a notion that this is a monstrous family and will also beget monsters if they marry. Now Adams family ' son's marriage is going to be held but people wanted to stop it. So Adamms family 's female head sends her son with his bridal somewhere else. Adams family 'son moves to a desolate building and starts his life with his wife. After years, it is seen that they have two kids including a daughter and son. Then a new character of a female architect is introduced who was working for the town's erection where Adamms family ' s son was living. There was only Adams' house which was not radiant. So she wanted to erect it to attract the visitors.

But she is not allowed to bring any change in their house. So she turns townsfolk against them. And the townsfolk create difficulties in their lives. Later, the truth is revealed . And architect is proved a very clever and wicked woman and the people degrade her. Even they start behaving normally with Adams family. This film is highly recommended from my side for you. This movie should appeal to both parents and children, so I strongly recommend it to watch for all of you. Please Like, Share and Subscribe. 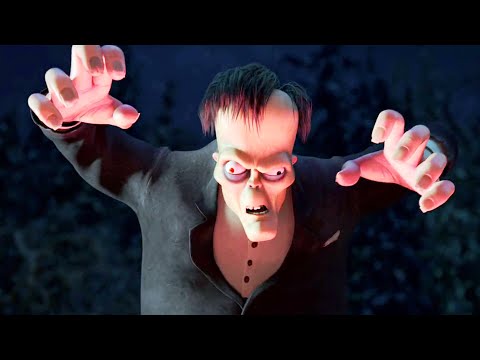