The Anime That Made Starscream A Tragic Autobot and Decepticon

admin
I explore the deep psychology and trauma that Starscream suffered in the Transformers Armada anime series by Megatron. Armada is the start of the Unicron Trilogy. A.K.A. Legend Of Micron. This is a breakdown of Starscream's backstory in all his key episodes leading up to his death scene. Let's GOOOO! - Thoughts On Twitter ► https://twitter.com/CameronJohnH

"I tried to gain favor from you. But nothing was ever good enough. No matter how many battles I fought, you always found fault." - Starscream's last episode "Cramp"

⚫ Debriefing
In perhaps my biggest video yet I breakdown the entire character arc of one of Transformers Armada's most popular and most well-loved characters Starscream. Starscream (Voice By Michael Dobson) at the start is disillusioned by his leader Megatron (Voice By David Kaye). It took a while for Starscream to come to grips with Megatron's faults, but there's no turning back. Megatron doesn't respect him, doesn't appreciate him, and would casually toss Starscream's life away if it got him something he wanted. Over the anime we see Starscream join the Autobots under Optimus Prime's (Voice By Garry Chalk) command. We see Starscream make friends with the Autobot's human allies most importantly Alexis to which he forms a close bond/friendship with her and she teaches him the meaning of friendship, kindness and peace. He has difficulty throughtout the series figuring out if he wants to join the Autobots quest for peace or defeat Megatron and claim leadership of the Decepticons. He learns and discovers a lot about himself that make him stand out more than any other character. A tratious Decepticon with glorious pupose no more we have a Starscream that's more than meets the eye.

BEST OF Comodin Cam ► https://www.youtube.com/playlist?list=PLd8aXXw0ceuvPmiOwIW0_JLOgPs2_zhxh
Check out my TROPHIES on PSN ► https://psnprofiles.com/ComodinCam
I hope you stick around and subscribe to my channel

THANK YOU FOR WATCHING!

Transformers: Armada, known as Chō Robot Seimeitai Transformers Micron Densetsu (超ロボット生命体トランスフォーマー マイクロン伝説 , "Super Robot Lifeform Transformers Legends of the Microns") in Japan, is a Transformers cartoon series that ran from 2002–2003, in support of the franchise of the same name. Animation for the series was produced by Actas Inc. (with animation for the Japanese title sequence being produced by Raretrick). The series initiated a total continuity reboot, setting up a brand new Transformers universe separate from any previous storyline. Together with its two sequels, Energon and Cybertron, this continuity family is now known as the Unicron Trilogy. - SOURCE: https://tfwiki.net/wiki/Transformers:_Armada_(cartoon)

The Anime That Made Starscream A Tragic Autobot and Decepticon 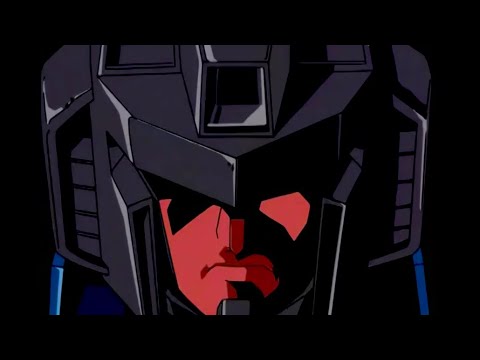 I explore the deep psychology and trauma that Starscream suffered in the Transformers Armada anime series by Megatron. Armada is the start of the Unic...