admin
The Legend of Muay Thai: 9 Satra (2018) Animated movie explained in Hindi Urdu. The Netflix Fantasy animation-Comedy film Legend of Muay Thai: 9 Satra ” story summarized with a full ending in हिन्दी explanation. The plot revolves around the few people of a village who consider Muay Thai and the 9 Satra their guardians and legend. There are monsters in the village who have built their palace. A 'Dehayaksa' is a monster who wants to end the legendary 9 Satra stones because it was predicted that it would be ended by a boy who would be born to end it. A boy named 'Ott' was born on an island, and his father told him the truth when he grew older. That we are living here secretly, and you have to convey the 9 Satra stones to the royal prince. He also teaches him Muay Thai training through an old man, a Muay Thai teacher they met on the island.

Later that boy 'Ott' transports those 9 Star stone to the royal prince, but along the way, he encounters a monster and a monkey who steals his 9 Satra stone. They fight, and Ott joins in, only to discover that they, too, want to get rid of the Dehayaksa monster, which has been taunting everyone. But Dehayaksa kills Ott, but Ott is resurrected with the help of the 9 Satra stones. Ott then concludes Dehayaksa with the stones help and the stones shining brightly in the sky. This was the conclusion of the movie; in the end, Ott teaches Muay Thai training, but then he returns to his homeland , where he secretly lived with his father to find peace. Lan, a girl who might love Ott, goes to meet him, and this was the movie's ending scene. 9 Satra: The Legend of Muay Thai (9 ศาสตรา) is a 3D computer animated action-fantasy film released in 2018. I would highly recommend all of you to watch this movie. Because this kind of thrilling emotional stories would be great for all family members of any kind of age. 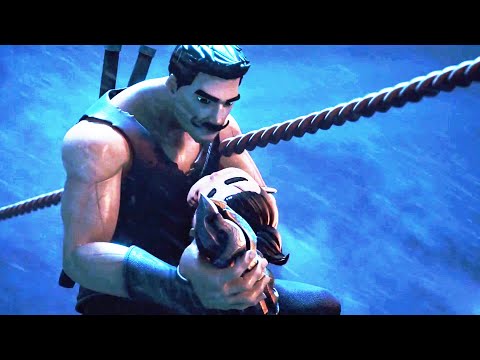