admin
The Little Vampire (2017) Animated movie explained in Hindi Urdu. The American Fantasy animation film “Little Vampire” story summarized with a full ending in हिन्दी explanation. The plt is revlve around a boy discovers he is seeing vampires despite his father's assurances that they are only images. On the other hand, a real vampire world is also shown. There was a little vampire named 'Rudy' who wanted to celebrate his birthday outside but his father forbids him and says there is a vampire hunter outside looking for us. Even then, he goes outside and the hunter Rookery sees him and follows him to hunt him. Rudy opens Tony's window and enters, and Tony and Rudy become friends. Tony assures Rudy that he will assist him. He does the same, assisting him in his escape from the vampire hunter. Later, Rudy informs Tony that his parents are in trouble, and Rookery has locked the door. Rudy is the only one who can help Rudy save all of the vampires from Rookery. Finally, Tony saves them all, including the vampires. They become happy, and Rudy's parents give Tony's parents a ride in the sky. And in the final scene, all the vampires move to the castle where Tony has come to spend his vacation. This marked the conclusion of the film.

Disclaimer: Because it falls under the fantasy animation category, all of the content presented in this video is solely for the family audience and is appropriate for all ages. It is not only created for a younger audience, but mostly teens and adults enjoy it. Also, all footage belongs to their respective owners; we simply used it after highly editing with our own commentary under fair use. Thank You. 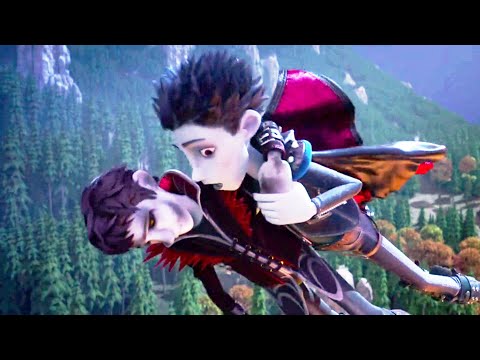