The MOST "INSANE" And EXPENSIVE Passive Rerolls In Anime Fighters! (EP 16)

No more window shopping for us in Anime Fighters. I've had my eyes on that solid gold passive ability for a while. And, don't even get me started on that new ghostly passive--teleporting sounds fun. If only Daireb could teleport that Robux back to my wallet. At this rate, we'll never end up getting the strongest secret team in Anime Fighters. I still remember episode 1 of the noob to pro series like it was yesterday...just how will we compete against JustOneChance and SnowRBX now?

Our amazing secret team in Anime Fighters is finally getting stronger though, but at what cost? Thanos paid the full price, let's just hope we don't have to.

The MOST "INSANE" And EXPENSIVE Passive Rerolls In Anime Fighters! (EP 16) 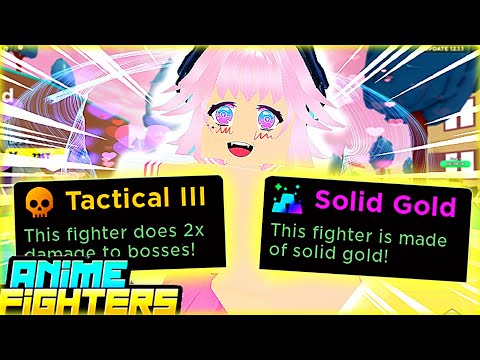