admin
SPY X FAMILY manga has been adapted into a smash hit Spy x Family anime, Spy x Family's latest episodes including episode 7, episode 8, and episode 9 have just been released, We covered Loid Forger and Yor Forger actually being in love, the latest episode revealed Yor’s brother actually trying to make Loid and Yor Kiss, but here we are answering every other question about Loid Forger.
We are breaking down everything about Loid Forger's fake identity, answering questions such as How Loid Forger became Twilight, how did Loid become a spy, and in fact why Loid Forger is the greatest spy known as Twilight. Even covering questions such as What happened to Loid in his childhood. We explain Loid Forger’s original identity and what is the war between the west and the east, he has to complete this secret mission to save the world and ANYA Forger!

Join this channel to get access to perks:
https://www.youtube.com/channel/UCgR3SrM8T6GCFUTuxSFlR7A/join 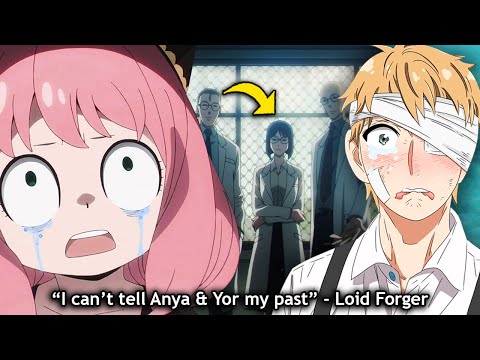