admin
The Star (2017) Animated movie explained in Hindi Urdu. The American Fantasy animation film “The Star” as known as The Nativity of Jesus story summarized with a complete ending in हिन्दी explanation. The plot revolves around a donkey named Bo who has a dream. Its dream was to ride in a royal carriage. It was attached to its father and told him about its dream. In the beginning, a sweet young lady named Mary is sown. Mary hears a voice with a sharp shining light telling her that there will be a baby and that he will be magical. She must look after him. Mary forgets to tell her husband about this. Bo dashes away from there and arrives at Mary's house. Mary wraps it in bandages, and it sits there. Mary informs her husband that she has heard the voice that said there will be a magical baby and that she must care for him. Her spouse gets panicked but then agrees to keep Bo with them. Bo rushes to get a royal ride but instead goes to save Mary because the king has sent his hunters and dogs to look for Mary. Because the king has discovered that a magical baby will be the king in the future. This was revealed to the king by three wise men. Finally, Bo arrives at the farm where the magical baby was. It saves the hunter dogs, but the hunters perish as they fall from the cliff. The dogs realize they've made a mistake. Now Bo was sleeping, but Joseph and Mary asked him to stay with them, and the film ends with this happy scene. Troll The Tale of a Tail: https://youtu.be/CNAbphXJ2so 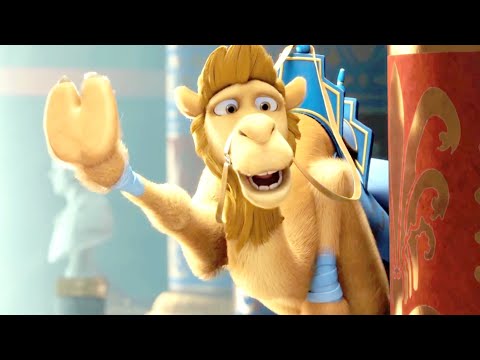 The Star (2017) Animated movie explained in Hindi Urdu. The American Fantasy animation film “The Star” as known as The Nativity of Jesus story summari...