admin
The Suicide Shop (2012) Animated movie explained in Hindi Urdu. The American Fantasy animation film “Suicide Shop” as known as Depressed Rate story summarized with a complete ending in हिन्दी explanation. The plot revolves around a city with a high death rate. People in the city used to say they were depressed, and there was a shop run by a couple called "The Suicide Shop." As the name implies, people buy them out of depression and sadness. However, a baby named Alan was born at that couple's home, and he was a happy baby who always smiled. Later, he brought about a change in the city environment. By motivating his family and others, he destroys his parents' business, The time passed, and the boy matured. He is saddened that people have committed suicide as a result of his and his family's shop. He wishes to convey to people that life is not an ordinary thing and that we should value it by savoring it. But his family was fed up with his smile because their business was stifled as a result of his grin.

They tried to persuade him to be sad, but he used to smile all the time. He tries to change the environment by playing music, but his father forbids him, and his father encourages him to smoke in order to make him negative, but his friends warn him that it is a bad habit. Alan decides to make a difference in the environment by making his sister happy with a nice birthday gift. Later, his sister is happy and marries. He pretends to be dead, and his parents realize the value of happiness in one's life. They live happily together, and the city's death rate has also decreased, Their shop was also converted into a cafe. This is a two-part film, with the first half involving sweetness and light muddled and limp in comparison to the harder, more insidious later part, and the ending is almost unforgivably trite. 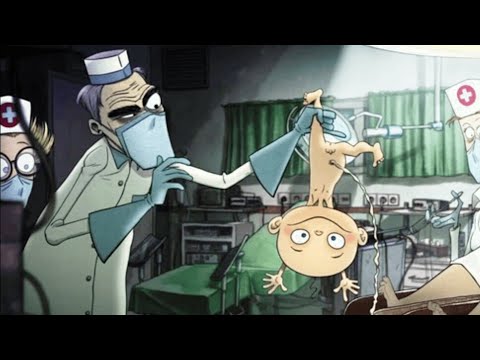