admin
TOP 10 ANIMATION MOVIES 2022
Hey guys welcome to your entertainment channel Netflix Tops, where we will tell you about the top rated movies and series on Netflix! So, grab your popcorn and stay with us till the end of this video because in today’s video are going to list down top 10 Netflix animated movies. So, let’s get started!
a 2012 American computer-animated comedy film “Madagascar 3: Europe's Most Wanted” is produced by DreamWorks Animation and distributed by Paramount Pictures. It is the third installment of the Madagascar film series, following Madagascar: Escape 2 Africa.
Another masterpiece produced by DreamWorks Animation is titled “Kung Fu Panda 3” which a 2016 computer-animated action comedy film and It is the third installment in the Kung Fu Panda franchise and the sequel to Kung Fu Panda 2. directed by Glen Keane and co-directed by John Kahrs, “Over the Moon” is a 2020 computer-animated musical fantasy film.The plot follows an adventurous girl named Fei Fei, who builds a rocket ship to meet a mythical goddess on the moon.
directed by Cody Cameron a 2013 American computer-animated science fiction comedy film “Cloudy with a Chance of Meatballs 2” is produced by Columbia Pictures and Sony Pictures Animation. The film is the sequel to 2009's Cloudy with a Chance of Meatballs, and the plot focuses on Flint Lockwood and his friends returning to Swallow Falls to save the world after the presumed-destroyed FLDSMDFR reactivates, this time creating sentient food creatures.
In this movie, Flint and his friends are forced to leave the town as Flint accepts the invitation from his idol Chester V to join The Live Corp Company, which has been tasked to clean the island, and where the best inventors in the world create technologies for the betterment of mankind. When Flint discovers that his machine still operates and now creates mutant food beasts like living pickles, hungry tacodiles, shrimpanzees and apple pie-thons, he and his friends must return to save the world.
A New Age” is a 2020 American computer-animated adventure comedy film produced by DreamWorks Animation 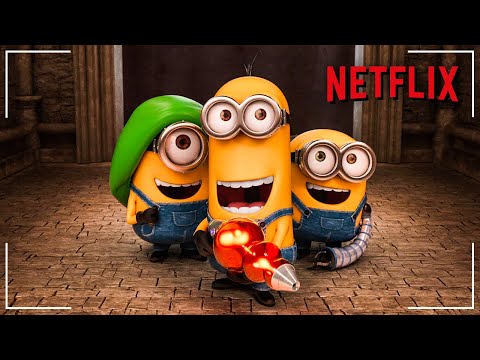 TOP 10 ANIMATION MOVIES 2022 Hey guys welcome to your entertainment channel Netflix Tops, where we will tell you about the top rated movies and series...