admin
Treasure Planet (2002) Animated movie explained in Hindi Urdu. The American Fantasy animation film “Treasure Planet” story summarized with a full ending in हिन्दी explanation. The plot is about the Captain Nathaniel who finds a robbed treasure in a mysterious place called Treasure Planet. A boy was reading Nathaniel's story and wished to reach the Treasure island. He grew elder and a captain met him and gave him a ball while telling him to be aware of Cyborg, and there was a map of the Treasure planet. He went with the doctor to a shop. There, he meets a robot named Silver, who tries to capture Jim but they become friends. The treasure and Nathaniel's ship are both made of silver. Later, Jim discovers that the mao has arrived at the planet, but there is no treasure. Jim discovers the treasure is in the mid of the planet but then a robot Ben warned him that this place is about to blow up.

Nathaniel devised a incendiary device to ensure that no one received his treasure. But Jim escaped, and he also allowed Silver to flee. Jim and his companions were saved by opening the portal created by fixing the ball in a circular pattern. Finally, Jim decides to focus on his future, and his mother is pleased with him because he has matured. The doctor also got into an argument with the female captain. He re-builds his hotel and this was the final scene of the film. 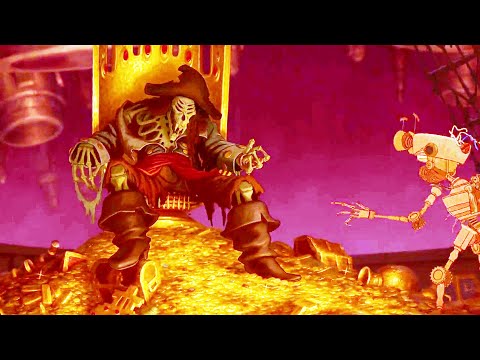