Troll: The Tale of a Tail (2018) Film Explained in Hindi/Urdu Summarized हिन्दी

admin
Troll: The Tale of a Tail (2018) Animated movie explained in Hindi Urdu. The American Fantasy animation film “Troll: The Tale of a Tail ” story summarized with a complete ending in हिन्दी explanation. The plot / story is about trolls which is told to a grandson named "Lucas" by his grandfather. The story starts and a village story is told where trolls used to live. There was a pigsy monster who had an enmity with the trolls. Otherwise, there was a competition of race among trolls which used to be held annually. And the winner of this game is awarded a crown of king for the whole year. There was a troll named "Grom" who always ruled as a king after winning. He also tried to teach his son to learn the ways of winning. But trolls have a weak point as they cannot bear the sunlight and they are turned into stones if sunlight falls on them. There was an enemy of "Grom" who was envious of his victory. He plans to send "Grom" and his son "Trym" to the forest which has plenty of sunlight. He is succeeded and "Grom '' is turned into stone. And that enemy troll holds his seat as a king, coming back to the village.

But "Trym" tries his best to turn his father into a normal condition and he becomes successful. "Trym" attaches his father's tail with him and all turned stoned trolls into their normal condition. And "Grimmer" also becomes a good troll and "Pigsy monster" befriends all trolls, seeing their goodness. The story of grandfather completes here. . And then he gives pine cords to "Lucas" telling them it is favourite of trolls and "Lucas" begins to serve pine cord while placing them out of his window. Please Like, Share and Subscribe.

Troll: The Tale of a Tail (2018) Film Explained in Hindi/Urdu Summarized हिन्दी 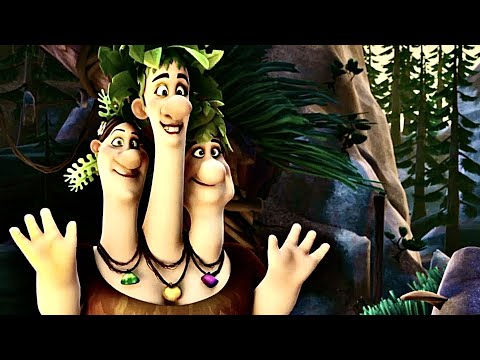