Upon the Magic Roads Movie Explained In Hindi & Urdu

Based on The Humpbacked Horse by Pyotr Yershov

Upon the Magic Roads is a 2021 Russian live-action/computer-animated fairy tale fantasy film directed by Oleg Pogodin from a screenplay by Aleksey Borodachyov. Produced by CTB Film Company, Russia-1, and CGF Company, the film is an adaptation of the 1850s Russian fairy tale The Humpbacked Horse (ru) by Pyotr Pavlovich Yershov as well as elements from Slavic folk tales. The film follows other adaptations of the fairy tale including the 1941 live-action feature-length film and the 1947 animated film of the same name filmed in the Soviet Union. The film stars Anton Shagin as Ivan the Fool, and Paulina Andreeva as The Tsar Maiden with the voices of Pavel Derevyanko, Lyasan Utiasheva, and Aleksandr Semchev.

Upon the Magic Roads Movie Explained In Hindi & Urdu 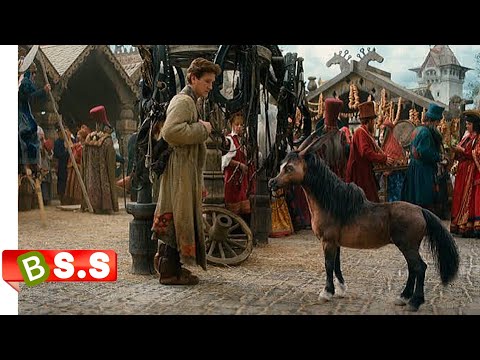