admin
The WALL-E (2008) Animated movie explained in Hindi Urdu. The American Fantasy animation film “Wall-E” as known as sad robot story summarized with a complete ending in हिन्दी explanation. The plot revolves around the 29th century in which human lives in space because the earth had been destroyed, and all of the tasks of the humans in space were managed by robots. Wall E is a robot that discovers a new spaceship on Earth and a robot named EVA emerges from it. Wall E discovers a plant in a trash can, likes it and takes it with it. EVA appears, likes the plant, and takes it from Wall E. Actually, EVA was sent to Earth to determine whether the earth's condition is better or whether it is capable of loving. However, when the captain learns that there are plants on the earth, he is overjoyed because it means that they can now live on the planet. But they didn't find the plant, so he orders EVA to get it. Later, Wall E assists EVA in recovering the plant from a Robot named AUTO, who had stolen it. Wall E is damaged in the end, and EVA is sent to the Robot's hospital because the captain believes there is a fault in EVA because he did not find the plant. Later, EVA and Wall E obtain the plant and give it to the captain, but Wall E is injured, and EVA transports it to the earth because it can only survive in the sunlight, and EVA changes its parts and also conveys the plat to the captain. The Little Vampire: https://youtu.be/KOv-IJhwGxM

Captain has arrived on Earth. EVA's system has changed; it no longer recognizes EVA, but when it hugs it for the last time, it remembers everything and holds its hand. Humans are shown sowing plants and taking a new start to life in the final scene. The small plants are later shown. This was one of the film's final scenes. 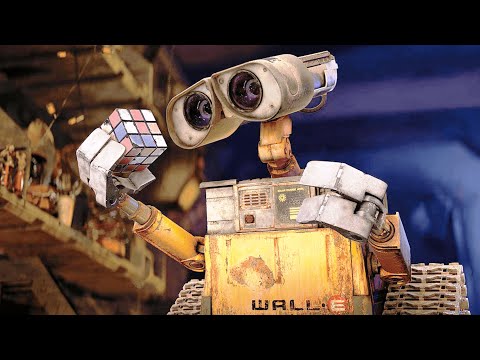