What's Up With Magnolia? | George of the Jungle | Compilation | Cartoons For Kids

admin
Magnolia transforms into a bug!

Science is hard. At least Magnolia thinks it is... until she discovers Crunchbugs. Not only are they delicious, but they make her brain work a thousand times better! Soon she's fulfilling all her science dreams by winning a Nobel prize and becoming the most famous scientist ever! Actually, she nearly wipes out an entire species and transforms into a bug.

Tired of being the bottom of the food chain, Magnolia has herself classified an endangered species. She's thrilled with life in the first-class section of the jungle, until George and Ape decide to teach her a lesson and have her placed in her own personal zoo...

What's Up With Magnolia? | George of the Jungle | Compilation | Cartoons For Kids 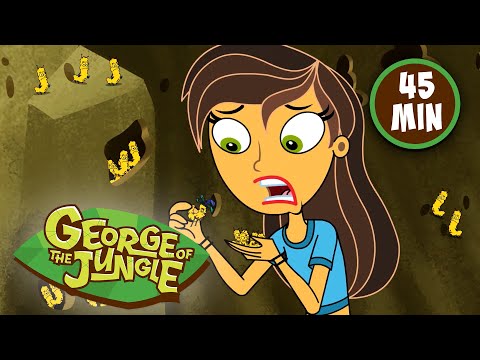 Magnolia transforms into a bug! George of the Jungle | Season 2 | Episode 42 | The Flavour of Science Science is hard. At least Magnolia thinks it is....