admin
White Snake (2019) Animated movie explained in Hindi Urdu. The American Fantasy animation film “White Snake” story summarized with a full ending in हिन्दी explanation. The plot revolves around a white snake demon "Blanca" . She is seen with her sister on a mission to end the general. One day, "Blanca" goes for the same pursuit to kill the general but she is thrown into the water by the soldiers . Later, she is discovered by a young boy who is actually a snake hunter. But "Blanca" loses her memory and she is unable to recall her identity as a white snake. Time passes, and "Blanca" and that young boy develop affections for each other. On the other side, the snake leader has knowledge about it and she assigns the duty of Blanca's sister to bring her here. "Blanca's sister also loathes the human hunters . "That young boy is trying to restore "Blanca's memory while taking her into the different places where he had found her. At the same time, "Blanca's sister appears there and "Blanca" remembers that she is her sister.

Near the water side, "Blanca '' also found her wand jade which was helpful for her to confront any foe. Anyhow, "Blanca" leaves that young boy excusing that demon snake and the snake hunter cannot survive together. In this way, that young boy is grieved. But he exerts his best to approach her, even transforming himself into a demon by demon fox's magic. Contrarily, , the general gets access to "Blanca" and nearly kill her but he himself meets his end. Snake leader also reaches there and she wants to rule over others while grabbing the powers of others but she receives the same end like general. "Xuan" is also killed with the extraction of his soul. And his soul is captured in the jade wand.

"Blanca" is full of sorrow for losing him but her sister consoles her that young boy's spirit will come back to his body soon. Many years are passed, then a young boy is seen near "Blanca '' who is actually "Xuan '' but he has no knowledge about his identity as it happened with "Blanca". With the passage of time, "Xuan" memory is also restored and they are united happily. It is not the most exciting film, even though it is visually stunning with its depth and vibrant colors. This film should appeal to both parents and children, so I strongly recommend it to watch. Please Like, Share and Subscribe. 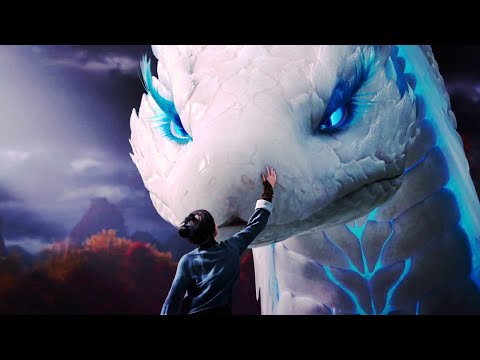