Why EVERYBODY keeps telling you to watch Rango

admin
Lately many have been claiming that Rango is an underrated masterpiece and a forgotten classic, but why is Rango so good? What is it about this 2011 Oscar winning animated western that is resonating with people all these years later? Well, this video essay explains just that, by looking at how Rango was made behind the scenes, it's bizarre voice acting production process involving Johnny Depp, and why Rango looks so good even now in 2022...

Rango is a 2011 American computer-animated Western comedy film directed by Gore Verbinski from a screenplay by John Logan. Co-produced by Verbinski with Graham King and John B. Carls, the film stars the voices of Johnny Depp, Isla Fisher, Abigail Breslin, Ned Beatty, Alfred Molina, Bill Nighy, Stephen Root, Harry Dean Stanton, Ray Winstone, and Timothy Olyphant. The film's plot centers on Rango, a chameleon who accidentally ends up in the town of Dirt, an outpost that is in desperate need of a new sheriff. Rango was produced by Paramount Pictures, Nickelodeon Movies, Verbinski's Blind Wink Productions, King's GK Films, and Industrial Light & Magic.

*Fair Use Notice*
All content featured within this video is credited and utilised solely for the purpose of either reporting, commenting, criticising or educating under the remits of fair use. If any content owners wish to dispute this, then I will not hesitate to immediately remove said content. If you find content that belongs to you that is not credited or credited incorrectly, please let me know and I will gladly amend. To get in contact please refer to the about section of the channel page for all business inquiry details.

Why EVERYBODY keeps telling you to watch Rango 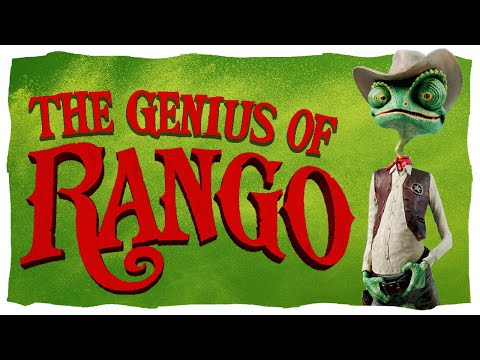 Lately many have been claiming that Rango is an underrated masterpiece and a forgotten classic, but why is Rango so good? What is it about this 2011 O...