admin
Xico's Journey (2020) Animated movie explained in Hindi Urdu. The American Fantasy animation film “Xicos Journey” story summarized with a complete ending explanation in हिन्दी. The plot is about a mountain that a company discovers and thinks they can profit from by tracking and mining on it. Copi, a small girl who lived with her Nana, is shown. A company of workers arrives, and the Mayor of the city informs them that we have some investors who will make money from this mountain, and we will be wealthy. Nana explains to them that the mountain is dangerous and that they cannot go there. Nana tries but fails to stop them. Copi walks her dog Xico up the mountain. Xico was a special dog that she discovered on the mountain while she was seizing it and changing its colors. Copi was on the road with a friend named Gus. Gus's mother also arrives at Mayor's house and asks him what he has done wrong because they are now in trouble and their children are in the mountain. According to the mayor, we will save them. Copi was affected by the company workers pouring poisonous liquid there to get the gold from there.

Gus tres tried to awaken her but couldn't, and Xico continues on its journey and encounters a soul, which turned out to be Copi's mother soul. It rescues Xico and requests that it tell Copi how much her mother adores her. Copi later awakens with tears in her eyes, and they both smile. Later, a mysterious deer tells them that one should be there to protect this mountain because many people have been there for years to ruin it. Copi's mother comes out, and the mayor takes responsibility and moves inside. Xico was there as well because it was a special dog. This marked the end of the film. 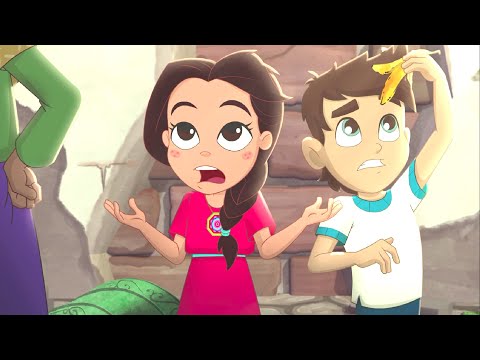