admin
Zootopia (2016) Animated movie explained in Hindi Urdu. The American Fantasy animation film “Zootopia a.k.a Zootropolis” story summarized with a full ending in हिन्दी explanation. The plot revolves around brave tale of a rabbit named "Judy" which has a wish to be a police officer. But "Judy" is discouraged with this statement that bunny cannot get this seat. Otherwise, rabbit is seen busy in carrot farming. Once,it is revealed that a few mammals are being teased by a few foxes. "Judy" eventually gets the chance to join the force of police and it does and it is also welcomed by the Mayor .. After it, "Judy" goes to "Zootopia" where it had the fulfillment of its wishes. It goes there and meets the chief "Bogo" who tells his team that many mammals are being misplaced in this region. In this way, "Judy" is assigned a minor duty at the parking area instead of searching the misplaced mammals. "Judy" witnesses an ice cream seller who was selling his things on the basis of fraud. Please like, share and subscribe.

"Judy is on its duty when a mammal comes who tells that his shop has been robbed. So "Judy" goes after him because it was interest of doing such duties. But "Bogo" forbids it when he knows about it. "Judy" expresses that I am interested in such cases as being police officer. Then a pending case is handed over to "Judy" with the dead line of its coverage within a short time of period. This case belongs to search for a missing person. Judy visits to "Nick" who takes it to the club where they get little information about that missing mammal as he was behaving savagely. Then they both meet the criminal of "Zootopia" named "Mr. Big".

Mr Big does not harm them when he knows that "Judy" had once rescued his daughter's life. In this way the time is going to over given for task by "chief Bogo" . At last, "Judy and its partner know about the missing mammal through the CCTV footage. And they want to get access. Then they know that wild animals are being missed which hunt. When "Nick" goes then "Judy" resigns from the job as being disappointed. Returning back, "Judy notices the Night Howler flowers near its carrot farm about which she knows that the eating of these flowers is the cause of the wildness of the mammals.

Then it detects the thief who had stolen these flowers on the commandment of someone. After investigation, a new appointed mayor comes on the scene which becomes the mayor. She is the main head of all the manipulation of the missing mammals who tried to expel them from Zootopia . At last, with the help of "Judy" , "Bogo" with its team reaches there and arrests this mayor . In the end , "Rabbit Judy" is awarded a prize. 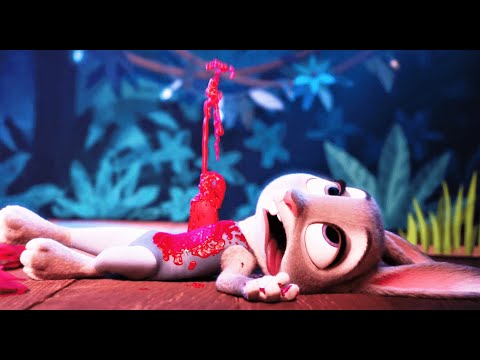